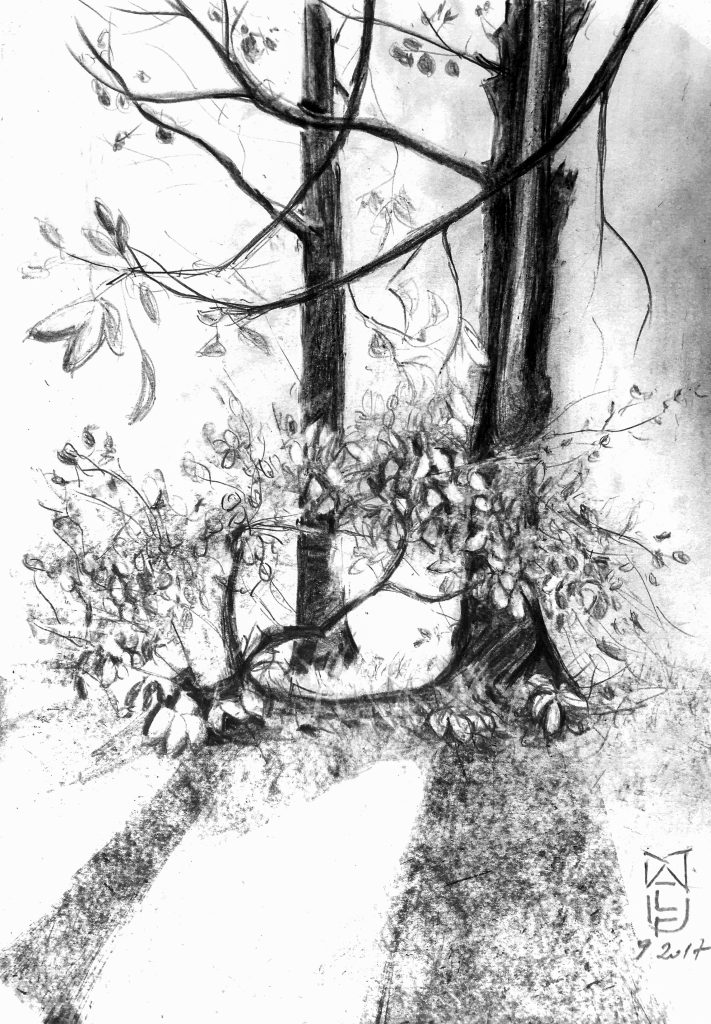 I drew this sketch 2017 in Essen attending an event organized by the KreativSchule-RICH, where, from 2016 to 2022, I attended drawing classes with Rich (Ryszard) Fojcik. The event, named “Drawing in a Park” (Zeichnen im Grünen), attended by maybe 20-30 people took place in a sunny September afternoon and was about sketching what you could see in a nice green area with lots of trees and bushes (actually an abandoned graveyard).

Two years later I donated this sketch for a charity auction.