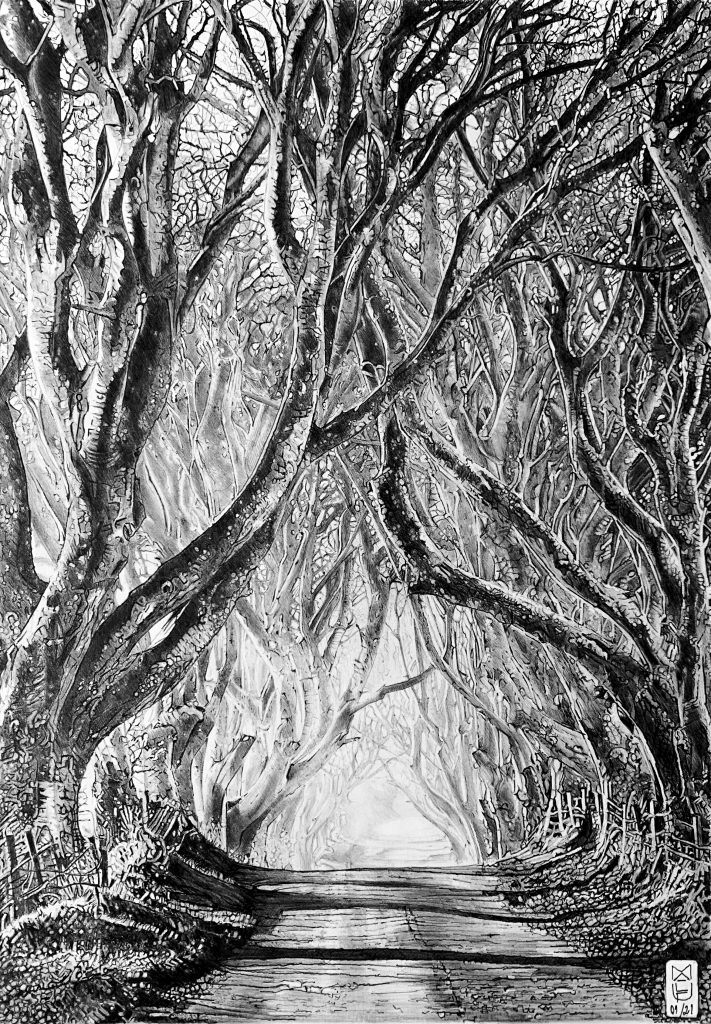 These are the Dark Hedges, an avenue of beech trees in Northern Ireland, County Antrim. The trees form an atmospheric tunnel that has been used as a location in popular television series, which has resulted in the avenue becoming a popular tourist attraction. I had the chance to be there and take some photos in 2016, it was however impossible to get good pics being the place quite crowded. So, I used one found in internet by Stephen Emerson (https://500px.com/p/stephenemerson/about).