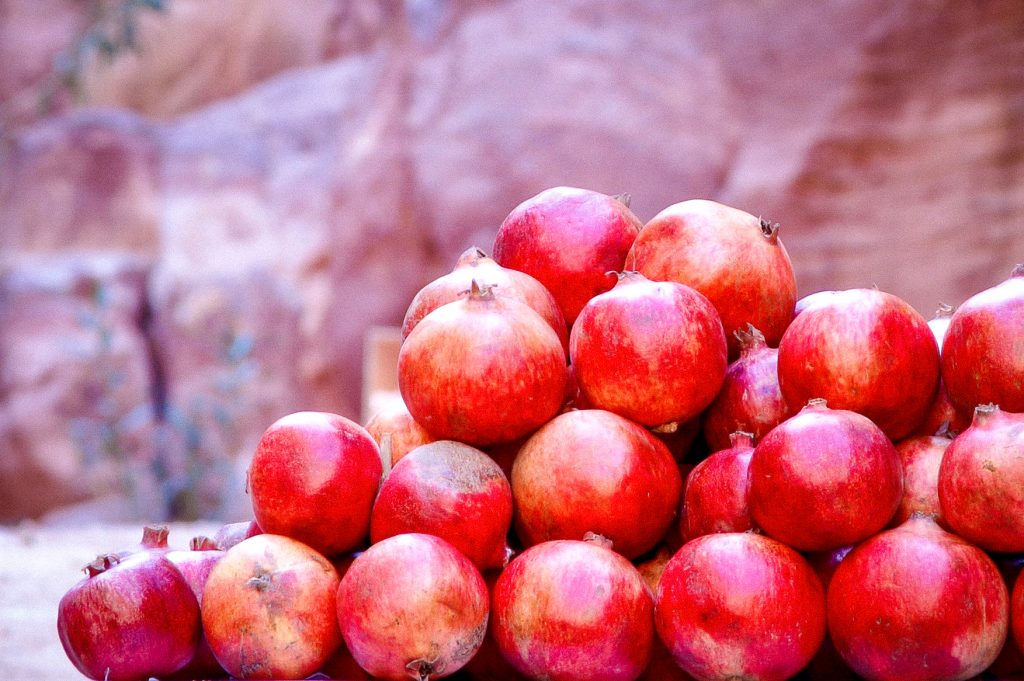 These colorful pomegranates were on display in Petra (Jordan) more or less in front of the most visited of the wonders of this incredible place: Al-Khazneh (The Treasury) is one of the most elaborate temples in Petra, a city of the Nabatean Kingdom inhabited by the Arabs in ancient times. As with most of the other buildings in this ancient town, this structure was carved out of a sandstone rock face.

The structure is believed to have been the mausoleum of the Nabatean King Aretas IV in the 1st century AD. It is one of the most popular tourist attractions in both Jordan and the region. It became known as “Al-Khazneh”, or The Treasury, in the early 19th century by the area’s Bedouins as they I had believed it contained treasures.