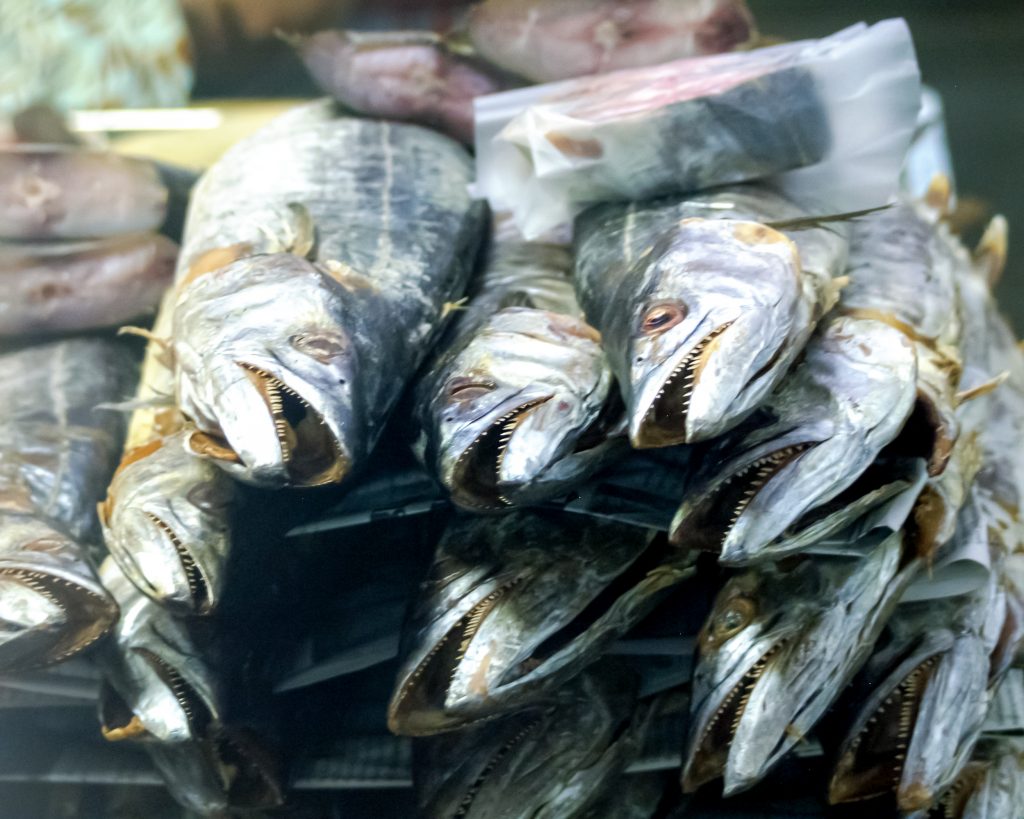 The Maeklong Railway Market has been around since 1905. It is in the province of Samut Songkhram, on the Gulf of Thailand. Fishing has been (and still is) one of the main livelihoods of the people who live here, and the market is a way for them to sell their goods. However, officials decided to build a railway to better distribute their catch to provinces around Thailand, including the capital, but the market remained, despite the tracks cutting straight through it.

As the train comes charging down, the Maeklong Railway Market is transformed to allow it to pass. It was a quite amazing experience when the train passed through compelling me and my girlfriend to seek shelter jumping in the nearest shop.