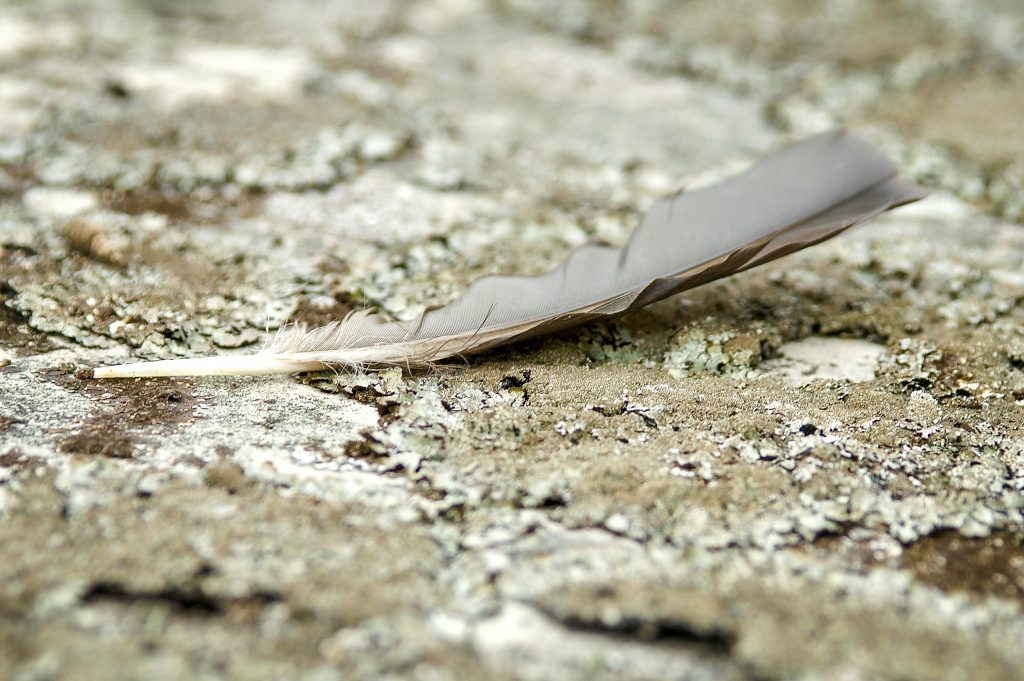 This raven feather lay on a tombstone in the cathedral cemetery of Dornoch in Scotland (UK), which I was visiting in 2013. The lichens that covered almost the entire slab suggested a very old burial. A few crows rested here and there on other graves contributing to the special feeling.

The cathedral was founded around 1233 and razed in 1570, after which it was partially restored in the early 17th century as a parish church and re-built in the 19th century. Most of the funerary monuments date to between 1760 and 1920, although some grave markers may be earlier.